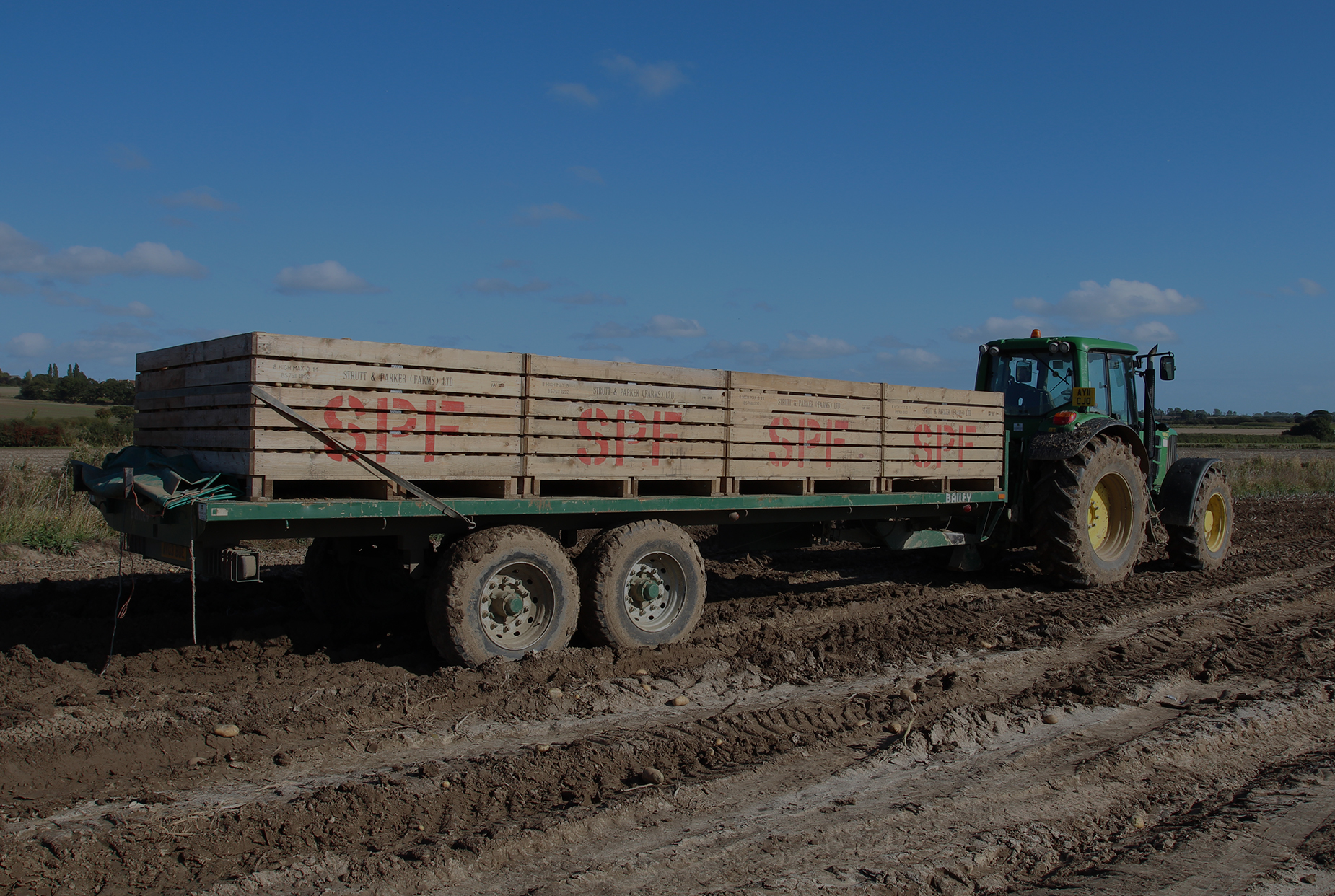 Strutt and Parker Farms is a farming and rural property business, first incorporated in 1918, and spanning over 17,000 acres.

The Strutt family operated water mills in Maldon and Chelmsford until the early 1700s. The money generated from these businesses was used to acquire land, in and around the village of Terling near Chelmsford. From 1762 the land was managed by John Strutt and primarily let.

When the great agricultural depression of the 1880’s came, ruining many tenant farmers and causing them to abandon their farms Edward Strutt, in partnership with his brother John Strutt (3rd Baron Rayleigh), took the land in hand and farmed it under Lord Rayleigh’s Farms. Edward Strutt was an outstandingly successful farmer and businessman; the secret of his success was establishing a mixed (arable and dairy) farming system. All costs, including the cows’ feed to individual milk yields were meticulously recorded to enable informed management decision making, and implement economies. His success at Terling soon came to the notice of other landowners, who asked him to manage their land.

Strutt and Parker Farms was later incorporated in 1918, with the aim of continuing the operation and management of the farms. Today, the business farms 20,000 acres across four main holdings – Lavenham, Landermere, Lawn Hall and Marshes – as well as a farming enterprise in Cambridgeshire, and Lavenham Fen Farms. In 2019, Strutt and Parker Farms was purchased and is now under new management, who aim to embrace modern, sustainable farming and rural property across the land.

Strutt and Parker Farms, combines tradition with innovation at every level, and diverse strategic planning and management, in order to maximise its assets. On farm we benefit from the experience and skill of our Farm Managers and Farm Operators, as well as a team of maintenance workers who service our properties.

Equally, the Strutt and Parker Farms Head Office is staffed by a small team, who administrate the company. The long-term service of some of the members of the team, and their associated wealth of knowledge and experience, ensures the smooth operation and consistent management of the company.